The beach of Bibione

Bibione's beach is particularly suitable for families with children: its south orientation guarantees sun exposure throughout the whole day, from morning to evening. In 2014, Bibione was named the first smoke-free beach in Italy. Along the shore, between the first row of sun umbrellas and the water, there is a smoking ban, which lets tourists fully breathe the healthy and clean air by the sea, ideal not only for children and elderly but for people of every age.
The coast of Bibione is divided into four well-known areas:

Every area is easily accessible thanks to comfortable cycle paths that are developed throughout the entire city.
Do not miss the side by side promenade cycle path going from Bibione Lido dei Pini to Bibione Pineda, crossing Bibione Lido del Sole and Bibione Spiaggia. It is ideal for any time of the day, recommended for jogging lovers or for a simple walk, also during winter time.
The beach of Bibione is known not only for the fine and golden sand but for its width of about 400 meters, which guarantees privacy between umbrellas.
Each beach place is distant from next one, favoring intimacy and serenity throughout the day by the sea. There are also 22 rescue workstations, First Aid and Defibrillation Units, with the assistance of medical staffs.
For those who own pets, in Bibione Lido dei Pini, there is a stretch of beach specially equipped for dogs: the Pluto Beach. It features loungers, dog showers, veterinary ambulance and many other services for our four-legged friends. In 2010, this beach sector won the prize as the best dog beach in Italy. 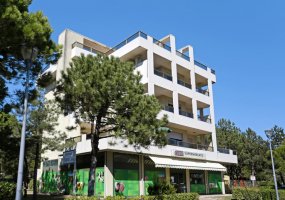 The apartments TORCELLO are situated at about 70 m. from the beach in the centre... 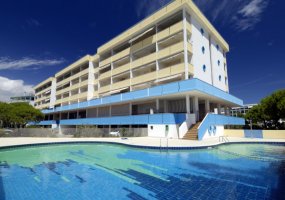 The residence ITACA is located on the seafront at Bibione Spiaggia, near the central shopping street... 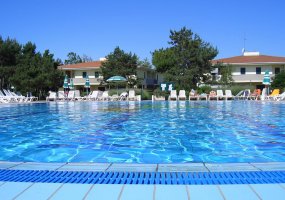 The residence LIDO DEL SOLE is situated at about 600 m. from the beach and about... 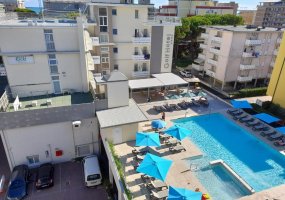 The 3 stars superior hotel GOLF in Bibione Spiaggia is located at... 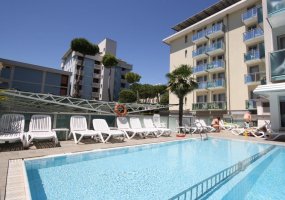 The residence KATJA is situated at about 70 m. from the beach of... 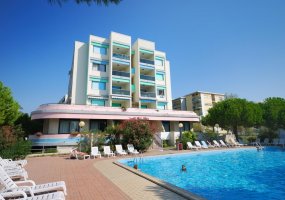 The residence LUXOR is situated in front to the beach of Bibione Spiaggia, near to... 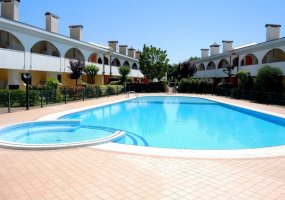 The residence VILLAGGIO LEOPARDI-GEMINI is located about 700 m. from the beach of... 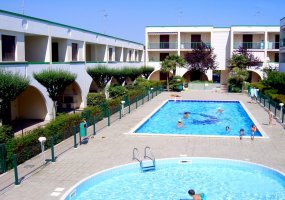 The residence VILLAGGIO LIA is located about 700 m. from the beach of Bibione Spiaggia, near the center... 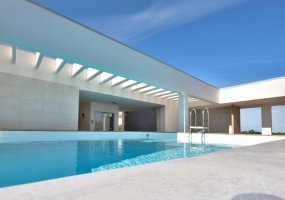 The new residence IRIS SUITE (year 2020) in Bibione Spiaggia, is...